Prepare for mobile-first indexing (with a little extra time) 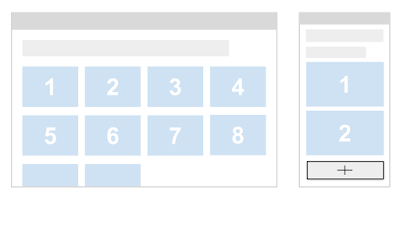 For the sites that are not yet ready for mobile-first indexing, we’ve already mentioned some issues blocking your sites in previous blog posts. Now that we’ve done more testing and evaluation, we have seen a few more issues that are worth mentioning to better prepare your sites.

In mobile-first indexing, we will only get the information of your site from the mobile version, so make sure Googlebot can see the full content and all resources there. Here are some things to pay attention to:

Lazy-loading is more common on mobile than on desktop, especially for loading images and videos. We recommend following lazy-loading best practices. In particular, avoid lazy-loading your primary content based on user interactions (like swiping, clicking, or typing), because Googlebot won’t trigger these user interactions.

For example, if your page has 10 primary images on the desktop version, and the mobile version only has 2 of them, with the other 8 images loaded from the server only when the user clicks the “+” button:

In this case, Googlebot won’t click the button to load the 8 images, so Google won’t see those images. The result is that they won’t be indexed or shown in Google Images. Follow Google’s lazy-loading best practices, and lazy load content automatically based on its visibility in the viewport.

Be aware of what you block

Some resources have different URLs on the mobile version from those on the desktop version, sometimes they are served on different hosts. If you want Google to crawl your URLs, make sure you’re not disallowing crawling of them with your robots.txt file.

Make sure primary content is the same on desktop and mobile

For example, if your desktop version has the following tag for the heading of the page:

Photos of cute puppies on a blanket

Your mobile version should also use the same heading tag with the same words for it, rather than using headings like:

(not clear and meaningful)

Photos of cute puppies on a blanket

(not using a heading tag)

Check your images and videos

Don’t use images that are too small or have a low resolution on the mobile version. Small or low-quality images might not be selected for inclusion in Google Images, or shown as favorably when indexed.

For example, if your page has 10 primary images on the desktop version, and they are normal, good quality images. On the mobile version, a bad practice is to use very small thumbnails for these images to make them all fit in the smaller screen: 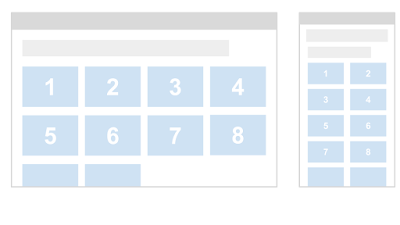 In this case, these thumbnails may be considered “low quality” by Google because they are too small and in a low resolution.

As previously mentioned, remember that using less-meaningful alt attributes might negatively affect how your images are shown in Google Images.

For example, a good practice is like the following:

If your desktop version uses schema.org’s VideoObject structured data to describe videos, make sure the mobile version also includes the VideoObject, with equivalent information provided. Otherwise our video indexing systems may have trouble getting enough information about your videos, resulting in them not being shown as visibly in Search.

Make sure to position videos and images in an easy to find location on the mobile version of your pages. Videos or images not placed well could affect user experience on mobile devices, making it possible that Google would not show these as visibly in search.

For example, assume you have a video embedded in your content in an easy to find location on desktop: 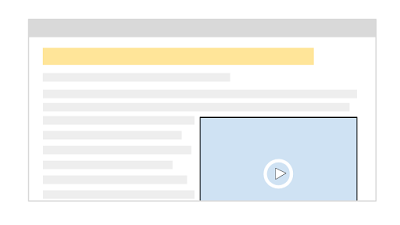 On mobile, you place an ad near the top of the page which takes up a large part of the page. This can result your video being moved off the page, requiring users to scroll down a lot to find the video: 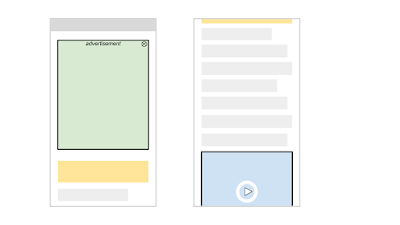 (Caption: video on mobile is much less visible to users)

In this case, the page might not be deemed a useful video landing page by our algorithms, resulting in the video not being shown in Search.

You can find more information and more best practices in our developer guide for mobile-first indexing.

Mobile-first indexing has come a long way. It’s great to see how the web has evolved from desktop to mobile, and how webmasters have helped to allow crawling and indexing to match how users interact with the web! We appreciate all your work over the years, which has helped to make this transition fairly smooth. We’ll continue to monitor and evaluate these changes carefully. If you have any questions, please drop by our Webmaster forums or our public events.