Is It Illegal to Make Fake Pay Stubs? 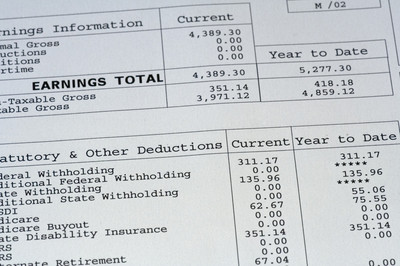 If you’d like to make pay stubs, you must ensure you’re making them legitimately.

Pay stubs are some of the most common documents you’ll get when working. They often come paired with paychecks because they provide information about one’s earnings.

The problem with pay stubs is that they can be easily misused by those that are trying to seek loans. Most lenders accept pay stubs as proof of income, but providing incorrect information can come with harsh penalties like jail time.

Read on to learn more so you can avoid getting a penalty for fake pay stubs.

What Pay Stubs Are

Pay stubs are documents that are commonly used by employees to keep track of their income. Aside from recordkeeping, they can be used as proof of income when applying for things like loans and apartments. Although they’re usually provided by an employer, anyone can make a pay stub providing that they use the correct information.

You’ll find on a pay stub a variety of information about an employee’s wages and where they work. With all of the information, they can use their pay stubs for reference when doing taxes or meeting lenders.

People often apply for things like home mortgages, auto loans, and credit cards with their pay stubs. However, they can be used for any type of loan if the lender accepts them.

If you’re trying to take out a loan, you can bring your pay stubs so that they can get an in-depth look at your income. It’s best to bring bank statements, as well, to further prove your income.

The FLSA and Pay Stubs

The Fair Labor Standards Act (FLSA) is something that was implemented by the government to prevent employees from getting underpaid. The FLSA covers things like how much minimum wage is, who’s eligible for overtime pay, and what procedures businesses should do to keep records.

The FLSA affects all employees and businesses, and one of its major flaws is that it doesn’t require pay stubs. Although employers are legally required to document how much an employee works and earns, they can use any method they’d like.

While the FLSA provides general guidelines for businesses across the US, some states require employers to provide employees with pay stubs. If you live in a state where it isn’t required or you’re an independent contractor, you’ll have to make them yourself.

For those that live in a state that requires pay stubs, you can be assured that you’ll see the same information on all pay stubs no matter where you work. The exact requirements vary depending on the state, but you’ll need to have several pieces of info for a pay stub to be considered legal proof of income.

The most common information on pay stubs are the employee’s name, address, and their social security number. They also contain info about where they work, how many hours they’ve worked, and what their hourly wage is.

Pay stubs will also contain outlined details of where your money came from and where it went. Things like gross pay, deductions, and net pay will be listed, making it easier for documentation.

How to Make a Pay Stub

You don’t have to worry about something like jail time for fake pay stubs because your pay stub will be legal if the information is correct. The only difference between making a pay stub and getting one from your employer is that they do all the work for you.

If you want to make a pay stub, all you’ll need to do is find a program that gives you the tools to format the pay stub. The most common ones people use are Google Sheets and Microsoft Excel.

You can also go with an online pay stub generator. You’ll get access to a fake pay stub template that can be used to fill out your info. After filling it out, you can print real pay stubs and use them as you’d like.

When filling out the stub, most of the information is self-explanatory. However, you’ll need to know how to get your numbers for gross pay, deductions, and net pay.

Gross pay is the entire amount you’ve earned in a given pay period. Let’s say you get paid every two weeks, you’d have a bi-weekly pay period. If you work 40 hours a week and earn $20 an hour, your gross pay would be $800.

Deductions are anything that comes out of your check and is sent elsewhere. For example, Social Security taxes and state taxes are deductions. You’ll need to refer to the IRS Employer’s Tax Guide to figure out how much you should be deducting because the number will vary depending on where you live.

To come up with net pay, you’ll need to subtract your deductions from your gross pay. Net pay is the amount of money you get to keep with each paycheck. You can also call this “take-home pay.”

Although you can make pay stubs and use them as legal proof of income, you’ll need to avoid misinformation because you can face hefty fines and potential jail time. People often use fake pay stubs when they’re trying to get a loan, but a lender may report you if they catch you providing false information.

Should you decide to start making pay stubs, ensure you’re using the correct information. Keep track of everything you earn and double-check what numbers you’re writing down to prevent getting a penalty for fake pay stubs.

Browse our blogs to learn more about a variety of topics.

Be sure and visit our small business news site.