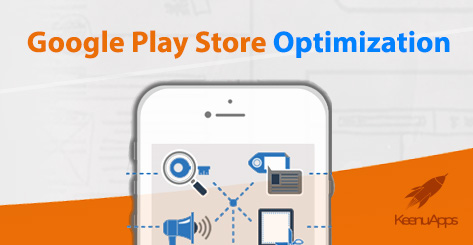 If you don’t sell Android apps at Google Play Store, you might have not heard about App Store Optimization (ASO) at all. However, if this marketplace is of interest to you, then you really can’t go without knowledge about the main factors that influence your popularity there. In a sense, ASO knowledge is even more vital than general SEO knowledge, because if you manage to get good rankings in Google Play Store, this could bring more revenue with much less investment than if you manage to get good rankings in a search engine, as Google itself.

What’s Is ASO and Why It Matters
As already deciphered, ASO is an abbreviation for App Store Optimization. As the name itself implies, ASO involves steps to make your store better, more popular, get better rankings in the marketplace, and presumably make more money. You will see ASO is very similar to search engine optimization, so if you are familiar with SEO, you are not starting from scratch, but still ASO does have its specifics.

Major ASO Ranking Factors
Maybe you’ve guessed by now that similarly to SEO, the exact ranking ASO algorithm isn’t publicly known and there is a lot of speculation about what matters for good ASO rankings. However, there are some factors that are more or less universally agreed upon as factors with huge or at least some importance. These factors are discussed next.

1 Keywords
It’s hardly a surprise keywords are a key factor for good rankings at Google Play Store. For truth’s sake, it needs to be mentioned there are ASO experts who dispute the huge role of keywords and place more weight on other factors, such as reviews and downloads. However, it’s hard to believe that properly placed keywords don’t matter, so even if you are not absolutely convinced about the ranking role of keywords, don’t totally neglect them.

As with SEO, keywords matter especially in the title, the headings, and the description. Even if it were true keywords aren’t that important for ASO, they are important for your human visitors ‐ when you see a title with a keyword you are looking for, you are more likely to open this link, than a link with no keywords in it. For even better results, use variations of your keyword(s).

2 App Reviews and Ratings
All equal, apps with more and favorable reviews and better rankings rank higher for the same keyword. The reason why reviews and ratings have such a weight is simple ‐ they show how your users view your app. Therefore, it makes sense to try to get better reviews and ratings. However, don’t go the slippery road of buying favorable ratings and reviews because if caught, this can get you into real trouble.

3 Encourage App Downloads and Installs
Similarly to apps reviews and ratings, app downloads and installs, as well as frequent app use, are other major ranking factors. This is for a reason ‐ all these measure user involvement and satisfaction. The rule here is simple – the more the better.

In order to ensure more app downloads and installs, you need to actively promote your app offstore. Active promotion on social networks, such as G+, Facebook, Twitter, etc., as well as on forums for mobile apps, can drive lots of traffic to your app and affect the number of downloads and installs in a favorable way.

4 Go Local
If you are targeting a particular country as a market, it’s a must you offer a localized version of your app. For starters, translate your app in the languages of the target countries. This might look like lots of work, but unless you target a very small country with a really limited user base, the payoff could be good.

As a rule, most apps have an English version and very few have non-English ones. As a result, typically the competition for non-English apps is much lower and this gives you better chances to get noticed, especially on a saturated market.

5 Quality Screenshots
Quality screenshots might not be directly related to better rankings, but once your app is discovered, you don’t want to chase users away with poorly-looking screenshots. Because of this, take the time and effort to make crisp screenshots. When users can clearly see the screens of your app and these screens contain the functionality they need, they are more likely to download and install the app. As already explained, more downloads and installs lead to better rankings.

6 Get Backlinks to Your App
As with conventional search, getting backlinks to your app page helps a lot. Of course, you need quality links from reputable sources, not spam from link farms. It’s better to get one single link from an A list site where your app is featured, than dozens of backlinks from Z list sites.

If your app is good, chances are it will be included in articles all over the Net and you will be getting backlinks naturally. However, if this doesn’t happen, you might have to build backlinks manually one by one.

ASO isn’t hard to do but it can help you a lot. Most likely you are already doing most of the steps, but if you have neglected them by now, you might want to change this and pay more attention to the ASO ranking factors. After all, even if this doesn’t make you a star on the Google Play Store, it doesn’t take much time and effort and it most certainly won’t do you any harm.